In case you haven’t been bombarded by me lately, I’m releasing new songs. I released “Bridge Across the Ocean” on Spotify, Amazon, Apple, SoundCloud, etc. August 14.

Some funny friends and fellow musicians even took a few minutes to send video questions about the song. The running joke was really around the meaning of “Bridge Across the Ocean.”

I wrote “Bridge Across the Ocean” in 2016. A friend from my hometown won a silly Facebook contest I ran, and her “reward” was a song written by me. She was living in Dublin at the time, so I went down the rabbit hole of potato famine, Irish whiskey and coastline metaphors. I wasn’t getting anywhere.

What kept coming back into my mind was the distance.

Here is a person who grew up literally down the road from me. We know the same people. We ate at the same restaurants. We had the same teachers.

I’ll be honest, hometown references in my songwriting are a crutch. I tend to write about home a lot…aaaaaand I chickened out from anything too difficult in this song, and made up a fairly straight forward breakup song. Honestly, I thought “bridge across the ocean” was a cool line, and so, I crafted a storyline around it and weaved in some references to my connections with people in my hometown.

On family beach trips as a kid, I loved staring at the ocean horizon, and I remember telling my sister I could see England. (She laughed.) And I remember wondering how something could be so distant that you couldn’t see it – even though you knew it was there.

Distance is a weird thing. We can measure it in length, time and we even feel it in our personal relationships.

If you know me, you know I’m a big germaphobe. Long before the pandemic, I was a hand-washing, mail-cleansing, child-wiping, vitamin C and essential oil chugging fury of germ-riddance.

Of course, in March, this germ-killing machine (and my family) got hit with what we are pretty sure was COVID-19. (No tests were available at the time, so we can’t be sure, but we had all the symptoms.)

I isolated in my room for seven days…alone.

I was distant from my family whom I could hear on the other side of the door. It was torturous. I couldn’t help when I heard one of the kids crying. I didn’t get to see my kids smiling in the morning. I ate my dinner in bed while I could faintly hear their conversations at the dinner table.

I couldn’t see them, but I knew they were there – somewhere in the distance. It was like a week-long drive over a bridge, counting every day down until I got to the destination, which was literally a few steps out of my bedroom door. I knew I had seven days, so I counted them down until I finally emerged from my isolation.

The cool thing is, the bridge connects A to B. And conversations, which can be tough to come by in a socially distanced world, are a bit like a bridge; connecting thoughts from one person to another.

Conversations, while akin to a bridge aren’t binary at all. There are tons of cues we detect from facial expression, tone, words and gestures.

As election season approaches, we are lacking conversation. We’ve gone binary, just posting and reposting memes that agree with our view points.

-It’s not the media’s fault.

-It’s not the government’s fault.

Too many of us give no thought to conversation. We just scream “I believe this, and if you don’t, then you’re wrong.”

Who the hell goes through life like that? Would you walk down the street just shouting “I’m right and you’re wrong!”?

And yet, that’s the binary nature in which a lot of us communicate now with the shit we post without thinking. WITHOUT THINKING!

Some of the smartest, most well-intentioned, kind people I know post some real thoughtless, hateful and divisive things. I’m your friend on Facebook, and yet you’re treating me and any friend who disagrees with your point like an enemy – even if we agree on the other 70% of things.

What happened to communication?

Did we burn that bridge? We were all having fun connecting and being a part of something together. Now we demand that you get on side A or side B or get pushed over the edge into the water.

Life isn’t binary. Humans aren’t binary. We have brains that can process incredible amounts of information. We just have to use them.

Everything online is binary – literally 1s and 0s.

Closing the distance within those multiples is our bridge. It’s our job as members of a society. It keeps us connected.

-It IS possible to believe Black Lives Matter AND recognize that police have an incredibly difficult job.

-It IS possible to feel your liberties are being violated by wearing a mask AND do it anyway because (based on research and learning) it’s a great way to reduce the spread of infection.

-It IS possible to disagree with a stance your preferred politcal party takes on a particular issue.

-It IS possible to have a conversation without regurgitating some headline from a story you probably didn’t fully read.

-It IS possible to love orange juice AND understand that drinking it after brushing your teeth will result in instant spontaneous combustion.

It just requires thought and understanding that someone else probably has a different perspective you can learn from. You have to want the bridge to be there. 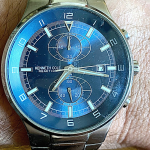 THE WAITING AND ONE MORE YARDGeneral 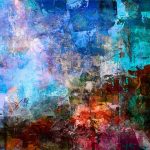